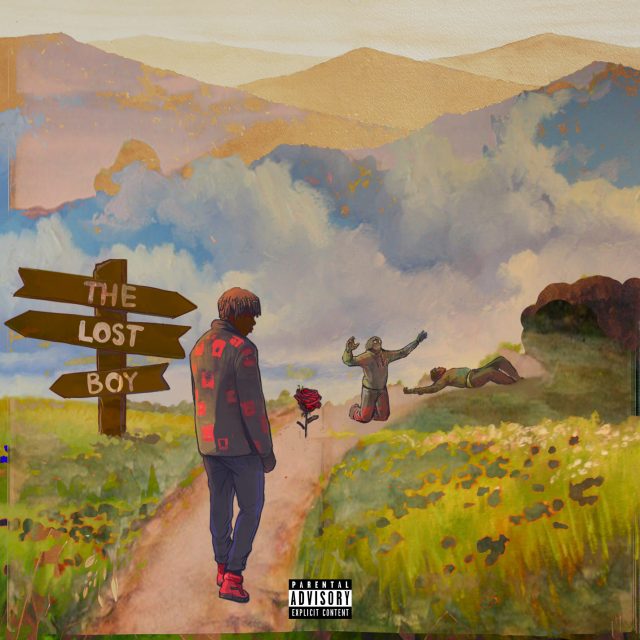 “And you may find yourself in a beautiful house, with a beautiful wife/And you may ask yourself, “Well… how did I get here?” asked David Byrne on “Once in a Lifetime.” Life is dynamic. Fortunes can be made and reversed. We may arrive at points in our life where our surroundings are unrecognizable a year earlier.

The Lost Boy, the debut album by DMV-based rapper YBN Cordae does not sound a damn thing like Talking Heads, but it wrestles with that concept. I was there, now I’m here isn’t a new idea. Drake famously started from the bottom even though he was on a teen soap opera before he was a rap and pop phenomenon. Cordae doesn’t approach getting there like winning the race and gnashing his teeth into his gold medal.  He is catching his breath and looking back at the starting line.

YBN Cordae’s rise, while no one would say is meteoric, has happened fast. It does feel unexpected though because he isn’t the first YBN rapper to reach prominence. YBN Nahmir had a minor hit in 2017 with “Rubbin Off The Paint,” a fun, quick song about flexing guns.

There are a lot of rappers out there with acronyms and crew affiliations preceding their names: A$AP Rocky & Ferg, NBA Youngboy (Commercially known as Young Boy Never Broke Again due to an obvious copyright issue), NLE Choppa, YK Osiris, and ShooterGang Kony. These rappers are part of larger crews that are intended to create opportunities for all their members, but usually only one or two get the glory.  The other crew affiliates are relegated to an occasional guest verse.

That’s what makes YBN Cordae the surprising star of a crew with an interesting backstory. YBN all met while playing Grand Theft Auto V online. They would rap as they played. Like Brockhampton, they were all around the map but met online. Then they began to link up as a crew. There are roughly 20 members. From the jump, it had seemed that Alabama-raised Nahmir would be the sole star of YBN or at least have the sole hit. Then, Cordae started putting out tracks and videos and people paid attention.

He put out a track called “Kung Fu,” and people noticed the disparity between the two rappers. “Rubbing Off The Paint,” was based around its feathery beat and it was over rather quickly in one verse. “Kung Fu” was more bombastic and while Cordae could go for two or three.

Cordae became the face of YBN. A few weeks ago, he was named an XXL Freshman, one year after Nahmir receive the same accolade. He is in no way a big-time star like a Drake or a Travis Scott, but he’s getting name recognition and a real career off the ground.

The Lost Boy features many A-list guests including Meek Mill, Pusha T, Anderson .Paak and Chance The Rapper. (This morning I presumed I would be listening to and reflecting on Chance’s debut album The Big Day, however, it didn’t arrive until midday.) But The Lost Boy sounds like an album Chance would make but in a more succinct package.

Cordae’s album sounds like a distant cousin of Coloring Book. Much of the album has that kind of spirituality the Chicago rapper wraps himself in. Cordae reaches out to his cousins, parents and there’s even a skit in the middle called “Grandma’s House,” which is supposedly a recording of his family sings in response with their matriarch.

Home is a common theme on the project. The Chance collaboration “Bad Idea,” refers to the innocence of childhood, but also the traumas that could be seen on Cordae’s block. “Way Back Home,” with Ty Dolla $ign, however, is about the exhaustion of being on the road. On “We Gon Make It,” Meek Mill does his best Young Thug-impersonation on the hook, while the two rappers say how they’re going to make it up to their family.

I was lucky delivered his new album later than expected. The Lost Boy was a pleasant surprise, but it’s more than just a filler for the 12 hours we waited to get The Big Day. It’s a promising debut for an artist given an unexpected opportunity to be a star.